Effects of Climate Change on Agriculture in India 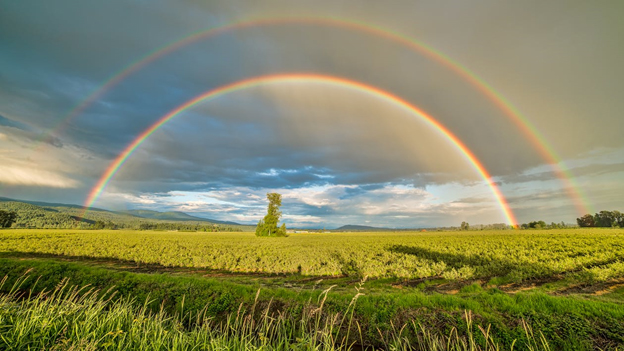 The climate is rapidly changing in ways that cannot be accounted for by natural variability. In fact, the last decade has been recorded as the warmest one. Global mean temperatures have risen to the point where they have started adversely affecting a lot of things including water resources, agriculture, forestry, fisheries and human settlements and much more. And out of all the socio-economic sectors hit by these changes, agriculture is definitely the most affected one. The simple reason behind this is that climate and agriculture are interrelated processes. Climate is one of the most important determinants of crop productivity, especially in a country like India where approximately 65% of the agricultural land is rainfed. The country’s overall agricultural landscape is being adversely affected, directly and indirectly.

Let’s have a closer look at the impact of climate change on agriculture in India:

A higher frequency of extreme weather events like floods, droughts, and heat waves can reduce the overall crop yield and lower the quality significantly. High temperatures encourage weeds and pests that eventually leads to reduced crop productivity. Changes in rain patterns also negatively affect crop productivity. Although some crops in some regions of the world benefit from these changes, the overall impact of climate change on agriculture is negative.

On the other hand, global warming is causing the glaciers in the Himalayas to melt and it may lead to increased water levels in the Ganges and Brahmaputra rivers. In the long run, this would increase the availability of freshwater considerably.

All these changes in climatic conditions are causing the quantity and quality of organic matter content in the soil to reduce. An increased percentage of carbon dioxide in the ambient air leads to crop residues with a higher C:N ratio. A higher C:N ratio can negatively affect the rate of decomposition and nutrient supply.

Also, frequent variation in precipitation levels and wind intensity can alter the severity, frequency and extent of soil erosion, which is definitely not good for the health of soil and crop.

These rising temperatures can have a devastating effect on livestock in terms of their growth and reproduction. It can also affect their food intake as high temperatures result in enhanced lignification of plant tissues and reduced digestibility.

Agriculture is an important part of our country’s economy as it provides living for a large percentage of the overall population. And climatic changes like reduction of the ozone layer, emission of greenhouse gases, global warming etc. affect the agriculture industry majorly. If not taken seriously, these changes can lead to some other serious issues like food insecurity and many more.