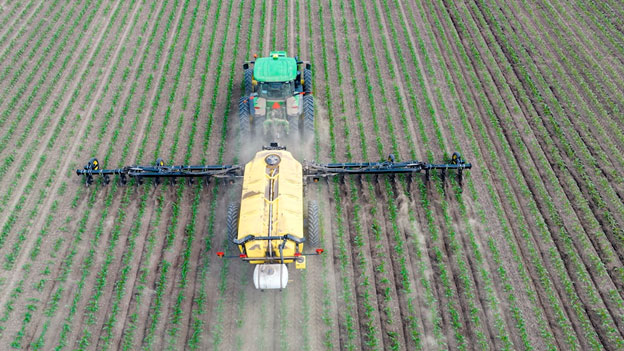 Here are the four categories of Nitrogenous Fertilizers:

The most commonly used Ammonical fertilizer in the country is the Ammonium Sulphate. when applied to the plants, the micro-organisms convert the Ammonical form into Nitrate form. However, the presence of Sulphate in the fertilizer increases the level of acidity inside the soil. Limestone is later applied to the soil to reduce the high level of acidity. Ammonium Sulphate is one of the most commonly used Ammonical fertilizers in India.

Ammonical Nitrate fertilizers contain nitrogen in both Nitrate and Ammonical forms. The Nitrate inside the fertilizer immediately gets absorbed by the plants and provides long term support for the plants to grow. Ammonium nitrate is rich in nutrition but it has the tendency to reduce the moisture in the air. Ammonium Nitrate is also highly explosive and needs to be handled with care. Ammonium Nitrate is not produced in India and is imported in limited quantity.